Vermouth and cusine in Modernist Reus 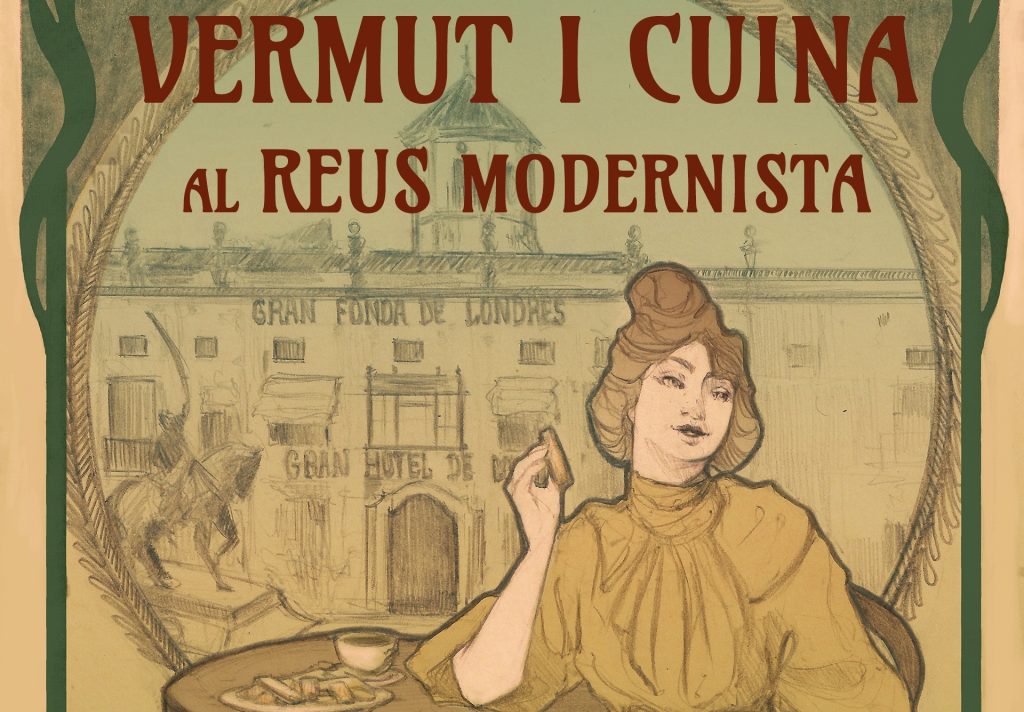 With this tour we show you the main modernist buildings in the city centre while we learn about the culinary habits of Reus society in the time of modernism: We talk about the precarious life of the workers and their food while we enter the Carme quarter, an example of an industrial working-class neighbourhood. We also talk about the refinement of the bourgeoisie, its cafes and restaurants as we walk through the most elegant streets and squares of Reus. We know about the markets of the time, old factories and food shops. Indeed, we talk about the innovations in cuisine and in the food industry at the time. You will also learn about original modernist recipes and finally, we talk about the importance of vermouth and its expansion. The tour includes the visit to Vermuts Rofes with vermouth tasting.
Optionally, you can taste a modernist menu created exclusively for the assistants of this tour and elaborated by a collaborating restaurant. The menu consists of an appetizer, first and second course, drink and desserts. The menu is inspired by original Modernist recipes, some of which will be explained during the tour. The menu can be made for either lunch or dinner and has an additional price of 22€.

The guided tour begins at the Oenology Station, inside which we find “la Casa del Vermut i del Vi” (the House of Vermouth and Wine), a space that reveals the importance of wine, eau-de-vie and vermouth production in Reus in the 18th and 19th centuries. At this point, we talk about these products in the modernist food and their role in the Reus economy.
Then we go to Sant Joan Street to see the facades of modernist buildings such as the Prat de la Riba School, where we talk about the children’s diet; the Anti-Tuberculosis Pavilion, where we learn about the most common diseases of the time, the causes of the precarious health of the workers and their diet; we also see the facades of sumptuous houses such as Casa Tarrats and talk about what a modernist dining room looked like.
Later on, we go into Carme quarter, an example of a working-class neighbourhood, and we explain how the living conditions of the lower classes were, their housing, and of course their food. We also talk about the diet of working-class women and their daily life.
After that, we go to Prim Square, where the most luxurious hotels, inns, cafés and restaurants of the city were located, and we talk about bourgeois cuisine. Next, we continue to Mercadal Square, to talk about the market and we visit an old grocery store (Casa Coder) converted into a restaurant, where we talk about traditional and innovative products that could be found in these establishments. Also in the same square, we talk about the modernist Casa Navàs and the evolution of the domestic kitchens.
Later on, we talk about an old pasta factory located in Castell Square, and we show you a recipe book published by its owner, to know typical dishes of that time.
To finish the tour, we go to the house where Gaudí was born and explain the diet of the brilliant architect. Nearby we find the Rofes restaurant, an old vermouth factory, where we talk about this product, its elaboration and its expansion. We see the old cellar while tasting vermouth.
If you choose to complete the tour with the modernist menu, we will accompany you to the restaurant Rosa del Vents in the Pescateries Velles Square

Tickets included.
Product tasting included.
The menu can be made for either lunch or dinner and has an additional price of 22€. 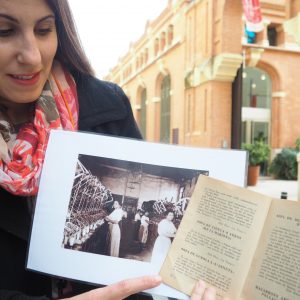